Dual-camera to capture the perfect photo

For the first time ever, Google upgrades its camera for its Google Pixel 4. Google Pixel 4 features a dual-camera setup. It has a main 16MP camera and a 12.2MP telephoto camera. When it comes to capturing photos, Google is always at its best. With this new dual-camera system and Google’s new Super Res Zoom software, you surely can capture great photos with your Google Pixel 4 even from a long distance.

Google has already introduced the Night Sight feature in the previous Pixel 3. With this feature, you can already take stunning photos in complete low-light situation. Now, Google is taking a step forward on its Night Sight feature where you can shot the night sky, the stars, and even the Milky Way. If you own the previous Pixel 3 and Pixel 3a you will also get this latest camera app update.

The other new camera feature is dual exposure control. With both the HDR+ and dual exposure control feature, you can now fine-tune the brightness and the amount of detail in the shadows before capturing a photo. For example, taking shots during sunset is difficult due to the brightness of the sun. With Pixel 4, you can easily adjust the setting and know exactly how your photo will look like.

As we said earlier, Pixel 4 has a new feature called Motion Sense. It uses a small radar sensor to detect your movement around your phone. It is so accurate until it can event initiate your face unlock when you are reaching your phone. On top of it, you can use the new Quick Gesture feature to skip songs or reject a phone call. Just easily wave your hand snooze your alarms when you are lazy to wake up in the morning.

We all know Google’s Google Assistant is the best feature in any smartphone. It is truly your personal assistant. Now Google Assistant is can get your things done for you in a faster way. Querying your questions is going to be completely easy. You just have to say a phrase and continue from where you left off. Google Assistant remembers the keywords and it can know what you want to do. For instance, you can ask the Assistant to “show my photos from New York” and then say “the ones in Central Park.” Then, you can share a picture by saying “send it to Mom.”

The Recorder app we all know is something we used to record our voice or important messages. Now, the Recorder app can transcribe your voice recording and identify common sounds such as music and applause. With this new feature, you can easily search your important recordings by using the keywords itself. Google will be rolling this audio transcript feature for more languages soon.

Pixel 4 also comes with a new Personal Safety app that can automatically call 911 if it detects that you’ve been in a car accident. Car crash detection will be available in English in the U.S.

With all these amazing features, Google Pixel 4 is completely fast, powerful and secure. The Pixel Neural Core is the main engine for all the on-device processing, machine learning and always-on computing. Without the Pixel Neural Core, your Pixel smartphone is not smart.

Besides that, Pixel 4 has a built-in security chip, Titan M which protects all your data inside your phone including protecting the operating system 24/7. According to Google, Pixel 4 will be receiving monthly security updates for 3 years including the latest version of Android 10 software updates.

As usual, Google has not launched any of its smartphones in Malaysia yet. The same goes for Pixel 4. Pixel 4 and Pixel 4 XL is mainly available in the United States, Australia Singapore, Canada, France, Germany, Ireland, Italy, Japan, Spain, Taiwan and the United Kingdom.

Pixel 4 and Pixel 4 XL is officially priced at $799 () and $899 () respectively. Google will start to ship it on October 24 onwards. You can start to pre-order it now if you are these countries as we stated above. Pixel 4 comes in a three colours which are Clearly White, Just Black, and a limited edition, Oh So Orange. For more information on the technical specifications of the Google Pixel 4, click the button below.

Apple Look Around is now available in Japan

When it comes to map application, the two most used app which any of us could think...
Read more
Android

After unveiling the Google Pixel 4a, Google also finally rolls out one of the most awaited feature...
Read more
News Feed

Is ByteDance selling TikTok to the Americans?

TikTok, is an app which every single teenagers knows about it. There wouldn't be a single person...
Read more 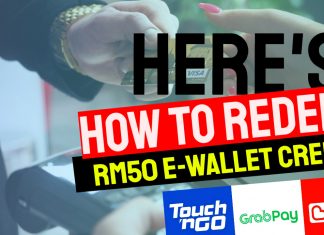 Here’s how to redeem the ePenjana RM50 eWallet credit 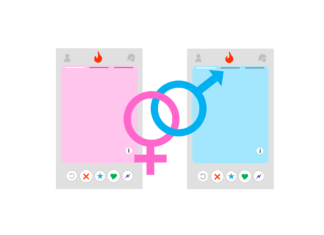