Last month, Apple launches the second generation of Apple AirPods. which comes with the “Hey Siri” feature. This is the first AirPods which feature the wireless charging technology. A few hours back Digitimes says that Apple could be working on the “AirPods 3”. The next moment, we receive information from Ming-Chi Kuo stating that Apple indeed is working on the AirPods 3 which is set to launch within Q4 of 2019 and Q1 of 2020. We can expect Apple to launch two new models of AirPods at the same time.

According to them, the first model will be the update to the existing AirPods. However, the other model will be in a new form factor and could possibly be at a higher price. This means the same external design model will be kept at the current second-generation AirPods price.

In conclusion, Apple could be thinking of reducing the first-generation and second-generation AirPods price so that it will be more affordable for users to purchase it. One of the tech analysts expects Apple’s AirPods shipment could go up to 52 million in 2019 itself and increase further up to 75 million by 2020.

The moment, Tim Cook talks about the Apple Watch at the Apple Park, we knew that Apple...
Read more
Apple

A few weeks ago before Apple announces its product launch event, rumours were circulating around saying that...
Read more 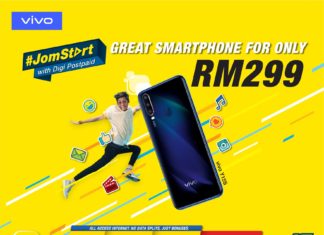 Apple giveaway program is back

Raaj Lokanathan - March 11, 2019
It's totally once in a blue moon Apple does its giveaway program. As we are expecting an Apple event soon, Apple does...
0 Shares
Share
Tweet
Pin
Share