Good news to Apple fans! You got it right! Apple might release the next version of its AirPods. Back in the 2016 Apple launched the first edition of the AirPods alongside with the iPhone X. The moment when Apple introduces this device, they were completely everyone mocks them. Take a the old 9GAG post below.

As for today, this small little have been tremendously popular where whenever you walk on the street, almost 80% of the Apple users walks with an AirPods. Especially, when you go to cities such as Sydney, almost 90% of the users own an AirPods. Most of the users uses their AirPods mainly as their communication device and also to listen to their Apple Musics.

Recently, there is another rumor circulated around about the AirPods 2. It was said that the AirPods might come with a new black color options. Other than that, there is another feature which was circulating recently, which the AirPods 2 might have the noise cancellation feature. This is one of the feature which most of the Apple fans are waiting till the official launch. Moreover, this round we might get to see the “Hey Siri” feature on the AirPods 2 included with the water resistance feature. Nevertheless, we will have to wait for the official launch from Apple.

Well we are sure all of you might be thinking about the release date. According to Applesfera, they claiming that Apple could launch the device on March 25 and probably could go on sale from March 29 onward. Till now Apple have not updated any event on their official website. We will update you if there is an event on the March 25th. 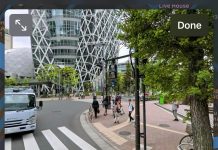 Apple Look Around is now available in Japan 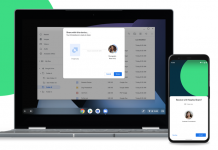 This 360 video render gives a clearer look at the iPhone...

Raaj Lokanathan - April 26, 2019
When we talk about Apple now, most of you will be waiting for the news of the next iPhone mainly. Today, we...
0 Shares
Share
Tweet
Pin
Share